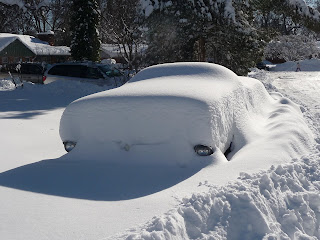 Tip #297- Preparing for Emergencies - Part 5 - We've discussed financial, job loss, and health-related emergencies in Parts, 2, 3, and 4, of this series. . Today we're going to discuss natural or large-scale community emergencies. One area of our lives that we have little control over is weather or wide-scale emergencies. They come in the form of hurricanes, earthquakes, tornaadoes, and terrorism. When they hit, the whole community is often going through the same emergency as you. Unlike with the other emergencies we mentioned - job loss, health issues, and large expenses when there are other people around you who are living their lives ordinarily and can stip in to help - in this type of emergecny, most everyone around you is in the same circumstances. Most likely, the only thing that will help is having prepared in advance.

What are the types of things you can do to prepare for this type of emergency? First, try to figure out what is the most typical emergency that could happen based on where you live? If you live in Kansas, a tornado would be a common possibility. If you live in Florida, a hurricane would me the msot likely. While things are calm, plan an emergency preparedness kit. For example, if you live in Florida, have hurricane shutters installed on your windows or have wood boards sized to your windows for your use. Keep your gas tank full from August until November so you can get out of town without stopping or waiting in long gas lines. Keep gallon bottles of water in your hosue. Have flashlights ready and batteries charged or new in the package. Keep packaged food that you can take with you if you need to leave or if you lose power, if you decided to stay. Have a plan on where you would go if a hurricane hits - Aunt Sue's in the northern part of the state or a hotl in Georgia? Most people will be scrambling once they hear the news of a hurricane coming on the television.

By being prepared, you can be one step ahead of the rest of the community who are in need of necessities or are fleeing. Also, having these things in place before the emergency strikes assures you that you will not be paying top dollar for necessities, and the cost will have already been mostly spent and spread out. If you have to flee, the hotel and food costs while you are away can fall under your emergency fund. The more prepared you are in advance, the less impact you will have of the emergency.

IRL - We often think of Mother Nature-type emergencies as very infrequent events. But, in reality, depending on where you live they can happen more often. Even if they don't turn out to be as devastating as Hurricane Katrina, we are often in emergency mode before we know the extent of the impact. In the past 15 years alone, I have dealt with two hurricanes, 9/11, and some smaller-type emergencies such as a flea infestation, and sniper attacks in our city. While none of them left me homeless, each of them caused extra expenses, sudden change of plans, and had emotional consequences.

One hurricane happened while we were visiting in Florida. After a hasty packing job and closing of hurricane shutters, we needed to get home to Virginia. We had tickets to return home on the Auto Train, but with a hurricane forecast, the train was cancelled. We suddenly had to drive home, along with the thousands of other people escaping South Florida. What is normally a 5-hour ride became 9 hours. Looking for gas on the overpacked highways became a search in futility. Using our cell phone, we were able to call ahead to hotels in Georgia for a place to stay. And luckily we made it out of the path of the storm. While it wasn't as devastating as other hurricanes, it caused a lot of damage to our condo community. Some buildings were left without electricity and roofs, while others, including ours, were spared. But trees had to be replaced, condo and isnruance fees went up, so we paid for the mess for years afterwards.

The other hurricane, Hurricane Isabel happened in Virginia. It totally flooded our basement because the electricity went out and our sump pump stopped working. We had just months earlier put down brand new carpeting that needed to be replaced. A huge tree fell in our backyard in the storm, too. We were without electricity for just about half-a-day, while friends of ours were without it for 3 days! We had carpeting costs, tree removal costs, stump-grinding costs, cleanup costs, last-minute pay-whatever-they're-asking costs, in addition to the emotional upheaval it caused our family. We ultimately bought a battery-backup sump pump and a generator as a result of that storm so we could be prepared for the next one.

Living in the DC metropolitan area on 9/11/2001 was an emotional time. On top of that, I was 7 months pregnant. Nothing could prepare anyone emotionally for that tragedy. As a result, though, a lot of people came up with disaster preparedness plans - for when the unthinkable happens. My good friends wrote out a plan about how if something similar happened, they would meet up at their church, with her husband walking from work to get there. Our county came up with brochures on what do if tragedy strikes close to home.

While we never can be fully prepared for anything that Mother Nature or an enemy throws at us, we can definitely take some steps to ease the effect the destruction places on us. Having money in an emergency fundy is one large step toward that goal. 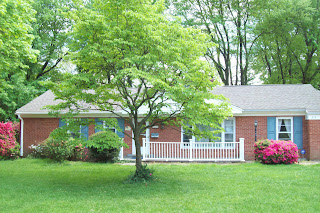 Tip #296 - Prepare for Emergencies - Part 4- One of the most common emergencies is an unexpected big expense. Sometimes we're sailing through life and paying our monthly expenses, and everything seems to be going smoothly, financially. Then you walk into your house to find the furnace has blown out. Or your car's transmission suddenly dies, to the tune of $3000. Both of these big expenses, however, are probably not totally unexpected. If you have a 30-year old furnace, you should probably expect that it will not last much longer. If your car is 15 years old and has never had a new transmission put in, it's likely time. I wouldn't constitute either of those events as true emergencies. They are expenses that should be planned for and saved up for.

However, sometimes we are faced with an expense from out of the blue. For example, suppose your car is parked on the side of the road and is "totaled" by another car. Even though you have car insurance, the value they offer may not be enough to replace your reliable car. Or suppose your son throws a ball and breaks your window. Your insurance deductible is too high to use it, so you pay out of pocket. That may be a $500 expense that you didn't see coming. What if a tree falls down in your backyard, not hitting any part of your house or fence? Insurance doesn't cover that. Instead, you will be paying the cost of having the tree removed. Add a stump grinding to it, and you expense could be close to $1,000. These are the types of expenses that are unexpected, sudden, and costly that we can't truly plan for. Instead, these fall under our emergency category as a means to pay for them. If you don't have this category, you will be scrambling at the last minute to try to find funds to cover these unexpected costs. Eat less? Skip a vacation? Go in debt? None of those choices is idea. Instead, having a fund set aside for these unexpected, sudden, costly expenses can cover you when you need it.

IRL - One day two winters ago, it had snowed several inches. My husband went out to shovel the pathway to our house when he found that the front patio had sunk literally into the ground. What he found out, after investigating, is that the patio was built on top of a big hole in the ground. It was definitely not built to code (although code was likely different in 1953) and was unsafe. Our insurance wouldn't cover it. We needed a whole new patio put in. Mind you , this was in the winter under snow - not exactly the time contractors are building patios! Fortunately, it warmed up soon after. My husband, who is quite handy, actually decided to tackle this project himself. Even though we have money in our emergency fund, we prefer to still be frugal with our expenses when we can. He still ended up spending several hundred dollars to rebuild our patio, but less than if had hired someone. And we were able to breathe easier knowing that our emergency fund covered our expense and the ground, too!

I am still around!

We are moving this week and packing up the house, buying a house, and selling a house has proven to be a bigger chore than I expected! I've also been working part-time, and we traveled over the holidays. It doesn't leave much time for blogging, but I promise to finish my thoughts on preparing for emergencies once we get settled in our new North Carolina home.
Posted by Michele at 1:11 AM 2 comments: